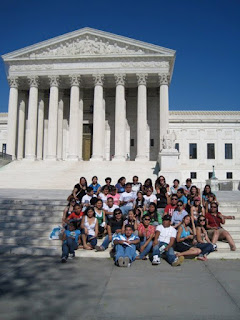 We, the Sin Fronteras Youth Group, would like to THANK YOU for all your support, and generous contributions!!! The individuals that went shared a powerful experience that will last a lifetime. So much was jam packed into this weekend that I will divide each post per day, as well as post pictures of the activities that we engaged in each day. I hope you enjoy this mini-diary of our incredible journey!!

Thursday: Departure, Midnight Cheesecake, and Fun
Around 6pm on Thursdays Apopka's Hope CommUnity Center's activity level finds itself at its nadir. The parking lot generally turns sleepy, except for the occasional burst of activity when a staff member leaves for the day. This was no usual Thursday for HCC; that was made clear when the parking lot began accruing piles of book bags, travel bags, blankets, and pillows. Departure was set for 7pm, and we anxiously awaited the arrival of the bus. Staff members and Chaperons scurried around the property collecting releases, making sure students were accounted for, handing out large paper shopping bags full of food from our pantry to folks that were dropping off their students, and reassuring concerned parents that their children were going to be just fine!

At around 6:40pm Sr. Ann Kendrick and Nilka Melendez called a circle so we could hold hands and ask for God's blessing on this journey. While we were engaged in prayer the bus arrived and the large crowd broke out into cheers and applause! 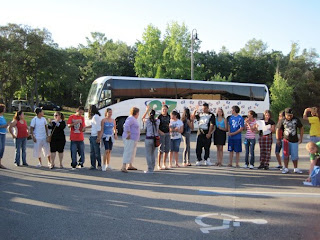 Immediately the students ran to grab their bags, pillows, and whatever else they had equipped themselves with for this journey. Almost in no time names were called out and all 34 students loaded up on the bus one by one...

The bus was huge!! It seemed spacious, clean, and comfortable! People quickly claimed their seats, and made themselves feel at home! We knew that when we were leaving, police were hired to stop traffic in order to allow the bus to be able to depart the building. We all, however, let out a collective sigh of relief when we were half way out of the building, and we realized that we had an authority figure stopping traffic more powerful that any policeman could dream of being... Sr. Gail!


I think we had been on the bus maybe 10 minutes, and those of us sitting at the front of the bus began to hear a chant growing from the back of the bus....

We had decided, for this trip, to show movies that dealt with social injustice, persecution, and the survival of the human spirit. First movie we popped in was The Diary of Anne Frank. We were all very quickly absorbed into the film: the younger people in the crowd had just finished reading her diary, while the older people in the crowd had never seen this new adaptation of the book...

At some point the film ended, and the bus slowly transitioned into being very quiet and still (unless you were Sr. Ann or anywhere near Sr. Ann who notoriously cannot sleep). Youth group members, Americorps members and staff members all twisted their bodies into 'Pretzels'  with blankets over themselves and fell asleep to the gentle rocking of I-95 thanks to the magnificent driving job our bus driver, Rafael, did. Our first major stop was sometime around midnight somewhere in South or North Carolina (can't remember too well now). Some of us got off the bus and headed towards the nearest bathrooms, while others stayed and stretched out their pretzled bodies. Then Nilka said lets break out the cheesecake, and thus midnight cheesecake fun began...

We began our adventure late on Thursday afternoon full of energy, hope and excitement!!

Thank you to the AMAZING Taryn Garland for her mad picture taking skillz!!!
Posted by Hope CommUnity Center at 9:26 AM No comments:


Posted by Hope CommUnity Center at 5:37 PM No comments: 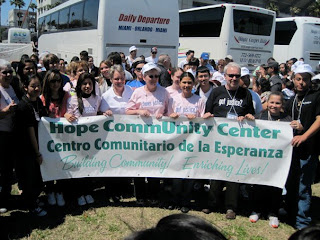 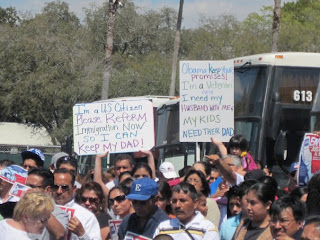 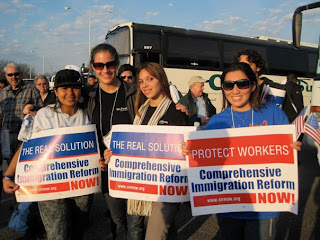 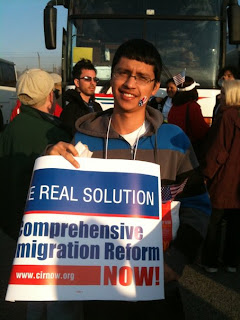 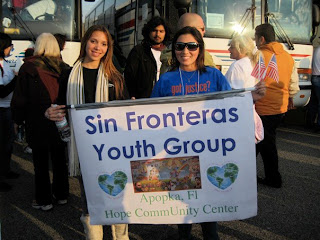 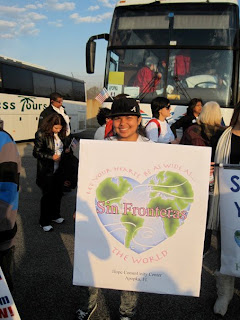 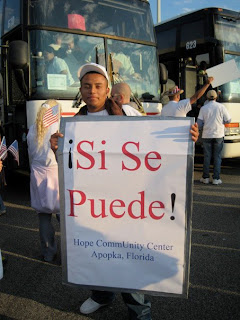 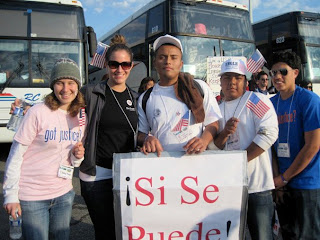 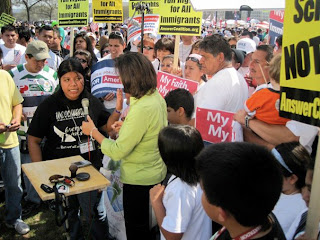 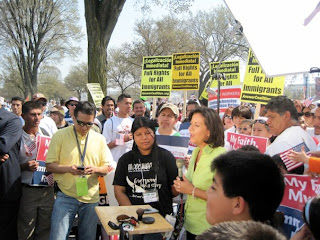 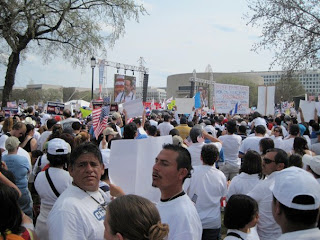 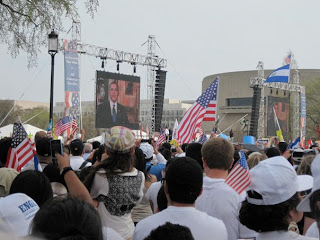 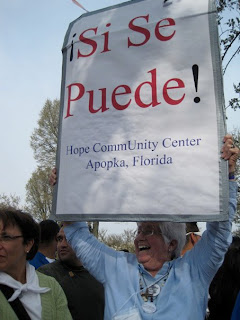 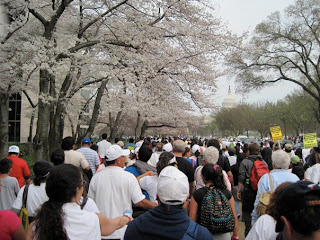 Thank you Taryn for being an awesome Photographer!!
Posted by Hope CommUnity Center at 3:40 PM 1 comment:

Pictures of the March coming soon!!!

This is a video that was officially made by the Trail of Dream walkers, of their experience in Apopka, FL! We were so honored to have been able to walk with them!


Donate: www.hcc-off.org
Posted by Hope CommUnity Center at 12:25 AM No comments:

Thank you St. Patrick Catholic Church in Mt. Dora, and to All of our volunteers!!


Donate: www.hcc-off.org
Posted by Hope CommUnity Center at 8:27 AM No comments:

Trail of Dreams' Walkers on CNN

Hope CommUnity Center
The Hope CommUnity Center, formerly known as The Office for Farmworker Ministry, is a community-based organization founded in 1971. The Ministry has worked continually to meet the needs of the ever-growing number of farmworker and immigrant families residing in Central Florida. Over the years, the Ministry has fostered the development of many self-help, community and worker organizations to meet basic human needs.